Following the recent introduction of the latest RV 5000 series variable chamber balers, feedback from the field has been overwhelmingly positive. 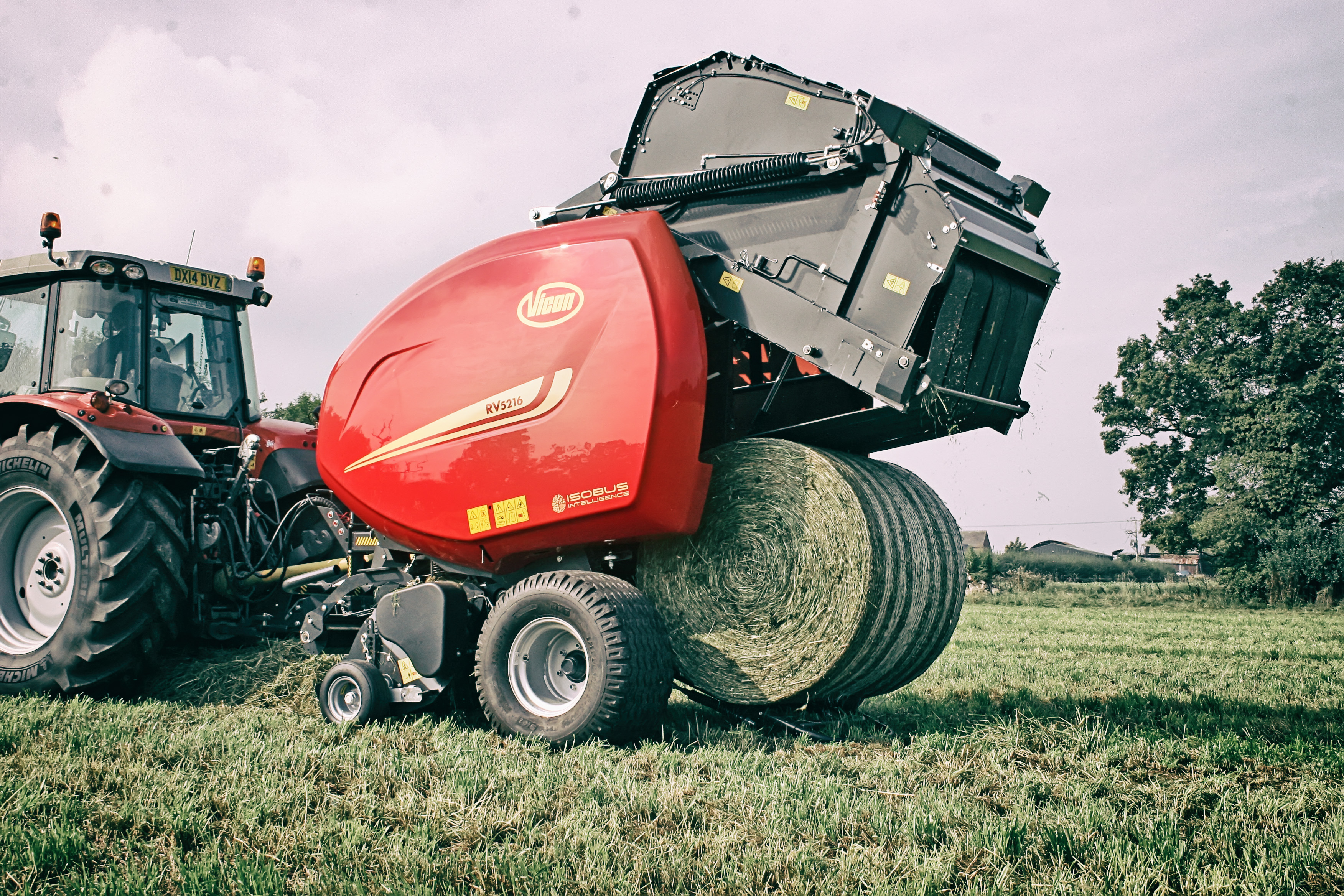 Following the recent introduction of the latest RV 5000 series variable chamber balers, feedback from the field has been overwhelmingly positive. The new models feature a wide range of improvements and have gone onto to perform impressively in the hands of some serious professional operators.

Among the key changes to be found on this latest generation of variable chamber balers is the development of the all-new net wrap system, plus a new software package for easier selection of bale density.

When the bale is 90 per cent complete, the PowerBind injection arm moves forward in preparation to inject the net. When the bale is fully formed the injection arm is then ideally placed to quickly feed the tail of net directly into the bale chamber. This adds to reliability and productivity and has been engineered to avoid interference from external factors such as wind and crop.

Intelligent Density 3D is the latest software package for in-cab bale density control on machines equipped with a proportional density valve. It affords three pre-configured bale densities with pre-binding programs accessed from the control box menu, with specific settings tailored for straw, hay or silage. This makes any speedy change-over from different crop types much easier.

With greater durability in mind, steel hydraulic piping is used to provide tidy lines, reverting to short flexible hoses only where necessary. Common to all models is the use of heavy-duty 1.25in drive chains which are kept lubed from a continuously driven oil pump.

A recurring theme when talking to users of the latest generation of variable chamber balers is the truly exceptional bale quality achieved. We hear repeated reports of contractors receiving requests from customers to "come with the Vicon baler, please".

DON’T JUST TAKE OUR WORD FOR IT

Edward Ewan Contractors
Located in Stonehaven, just south of Aberdeen in the UK, contractor Edward Ewan and his son Gary, produce around 50,000 hay, straw and silage bales each season. Having taken delivery of their new RV5216 baler early in 2014 it notched up an impressive 21,000 bales in its first season.

"The new RV baler has performed faultlessly and done everything we have asked of it,” says Gary Ewan. “Even in wetter crops, the baler has continued to roll grass and produce some impressively dense bales without blocking or wrapping material inside the bale chamber."

Do you require more info?